In this day and age, information hits our optical nerves about as fast as we can think about it. Not only is there an incredible amount of data, but the actual information we’re seeing is so global that there are millions of this, billions of that – and how many trillion did the U.S. spend on the wars in the East again? My mother, for example, often tells me that the difference between a million and a trillion doesn’t mean anything to her at all; if she can’t picture either of the two numbers they might as well be the same. The following xkcd comic illustrates this problem well (it’s cropped because the punchline is silly). 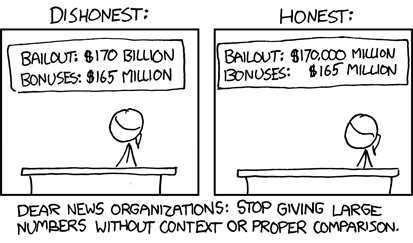 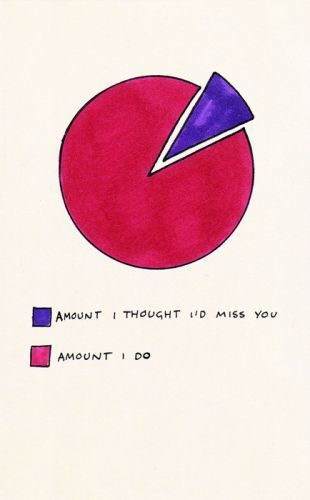 So the amount you thought you’d miss someone and the amount you actually do are somehow exclusive parts of a whole? And what is the entire pie supposed to represent?

Now for something that’s not quite as wrong, likely made by someone who just didn’t care and used a default option. From the PostRank blog:

The x-axis has discrete, completely unordered values, so obviously the graph itself should not be continuous. What’s that value there, between BBC News and The Guardian? Everything in between two points is completely meaningless, contrary to what is implied by how the information is represented. Worse, however, it also makes the graph extremely difficult to read. A bar graph would be a million (or a trillion) times better.

Here’s another one, that the folks at Information is Beautiful do all the time: 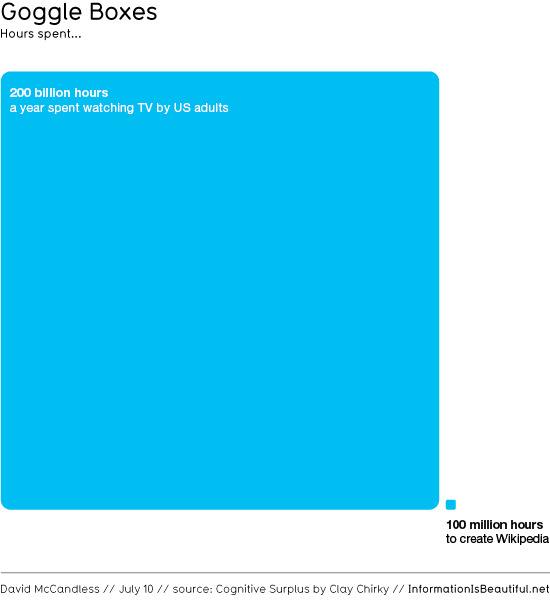 This is perhaps the most subtle error of the all. The problem is the fact that the data represented is inherently one dimensional, and therefore the comparison is skewed by an exponent of two. For the full effect of this shocking juxtaposition, slice the big square (it’s actually a square, I checked) lengthwise into pieces the same thickness as the little square, then stack them on top of each other, forming an enormous, scroll-inducing bar. Congratulations, you have now have a bar graph, which counts as one dimensional because the thickness of each bar is constant. As you can imagine, the difference, put in the proper perspective, is even more compelling. Stop watching shitty TV people.

Dashes vs. Underscores in URLs

The debate over whether to use dashes or underscores to represent spaces in URLs is rather heated in the web development community, but not quite as extremely so as that of whether to use tabs or spaces when indenting code. So, what is... Continue →